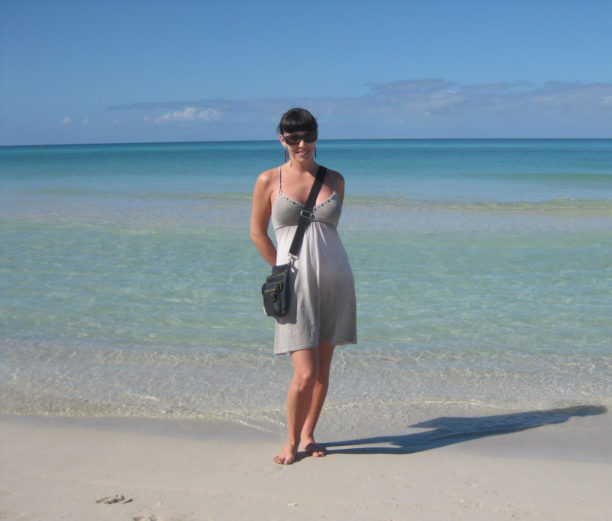 I was nearing my mid thirties when I decided to go back to school. I was studying social work, and I can’t recall if my decision to get a check up was part of the health passport I was required to obtain, or a random realization that I’d officially reached an age where health was on my radar. Either way, I found a family doctor in Toronto and I had a full physical. The doctor had a nurse take my blood in a room down the hall. I was seemingly fit, and health-conscious. I wasn’t worried, I was more curious than anything.

I recall being summoned back into the exam room to go over my results. The doctor looked puzzled, and peering up from his pompous John Lennon glasses he said, “I’m actually fairly concerned about your cholesterol.”

It turns out, due to a genetic predisposition, I wasn’t processing animal proteins well. Neither of my parents are living, and both had heart disease when they were. As a result of my genetic misfortune, my body likes to hoard the toxic gunk, and if I continued along my current coarse, I too would most certainly have a heart attack. I didn’t hear anything he said after that. I remember walking home, feeling haunted. It was as if health were an app other people had downloaded, but I’d only just come on line in that second. It was the transition between young and mature, between invincibility and human frailty, and I had bridged the gap without warning. It wasn’t fair, because in my thirties I’d been a gym goer, and a righteous size six. I did not see this coming.

Anyone who knows me well will not be surprised by the next part of this story: my first order of business was to research and catalogue. I walked home in a fog, sat down at my computer, and began building a spreadsheet. I spent days researching: how much cholesterol is okay? How much iron was I actually supposed to get in a day? How much of each vitamin? I entered my entire food resume into a spreadsheet and actually broke out the contents of each item, looking up their nutritional value and charting them into a self-made database. It turns out I was living in a deficit in most categories and didn’t even I know it. I had to take control back, and I’m a firm believer that I can’t feel empowered until I have all the information.

I started building practical meal plans, like a menu it would be easy for me to choose from in the coming months. I was determined to reverse this, and return to my doctor for some much earned glory. But as I charted my food, I realized that what was pushing me over my limit was meat. I loved meat, but in truth, my initial decision to give it up was based on the fact that I loved cheese, and ice cream more. If I gave up just meat, I could keep my cholesterol down while still treating myself now and then to melting a blanket of aged cheddar on top of an otherwise innocent meal. It was worth the trade off.

Over the next three years, I trained for a marathon, joined a dragon boat racing team, and became rigid about my food intake. I’d given up meat, and everything I ate was the lowest fat, egg-white-only version; and my cheat days were few and far between. One day I made a long overdue appointment with my doctor for a second visit. I’d let it slide, because I knew I had this. The appointment was mostly to put his mind at ease. I had the whole thing planned out. He was going to look at those results, but this time he’d have to adjust those stupid little glasses, he’d gasp and say something like, “Dee, this is amazing! Good for you!”

But that moment never came. Instead it was a repeat of the previous exam. “Dee, I’m really concerned. Maybe we should talk about a medication?”

I’m embarrassed to admit, I actually wept. And it’s likely I shouted some colourful profanities. How on earth was this possible? By my calculations, my cholesterol should have been well below even the normal range. He explained it was genetic, and that it wasn’t my fault. He asked me to think about a cholesterol medication. I returned home once again, totally shattered. I began researching the cholesterol medication he’d suggested, but quickly decided it wasn’t an option for me. Simply taking a medication to correct this would be like fixing a failing engine with duct tape. What was required was another overhaul. I would try plant-based eating.

Let me be clear, I did not have the support of my doctor. I did not have the support of most friends. Our culture is accustomed to an easy fix, and deciding on a primarily plant-based diet seemed pious and extreme. I didn’t care. My body was responding to being given something it didn’t like, and even if no one else saw value in listening, it was my body, and I would listen.

Initially I had to make a great sacrifice: for a while, I had to decide to “eat to live,” rather than continue to “live to eat.” It was the only way I could get through the first phase; test the waters, to see if plant-based eating could really make a difference. It was like deciding to simply turn the food-centered switch off for a while. I would see food as nothing but a fuel for a time, in the hopes that an altered mindset would silence that part of my brain, stomping it’s feet, and invading me with images of cheese sauce and whipped cream. I started juicing, eating flavorless tofu on salads and stir-fried vegetables. There were some nights in the beginning that I literally ate steamed broccoli with plain beans for dinner. I didn’t have a clue what I was doing.

What happened next however, changed everything. Two weeks after my transition, after choosing plant-based meals that filled the requirements for vitamins, protein and minerals: my body transformed. I remember a friend calling me one night, the sound in her voice was sympathetic and tender, as if she were checking up on a friend who’d survived a tragedy. “How are you doing? You hanging in there?” But I wasn’t just surviving; I was flourishing for the first time. I was more awake, no longer suffering from the usual 3 pm exhaustion. My skin looked better, my nails, my hair. People started asking me if I’d gone to a spa or gotten Botox. I felt better than I had ever felt in my life. My next check up revealed a 100% turn-around; I had reversed my condition entirely.

My journey through this process was long, and involved. I am a baker, I am a foodaholic, and I decided at some point that if I were to fully enjoy my life I would have to find a balance between strictly plant-based and naughty veganism (which allows for faux chicken and tofurkey, and foods that mimic the comforting originals I longed for). I began testing recipes, trying to recreate meals that I loved from my days of bacon bits and creamy dressings, pizza, donuts and fish tacos. I became obsessed with studying recipes and breaking down each non-vegan component: what was its purpose? Was it being used for binding, for elevation, for texture, for flavor? How could I replace those ingredients without compromising the dish?

I didn’t choose this path for the reasons most do. I would love to tell you it was due to animal rights or environmentalism, but alas, I’m not that vegan. Sure it feels good to eat compassionately and reduce my environmental footprint, but if I’m being honest: had it not been for my sluggish heart, I might be drinking a glass of hollandaise sauce wrapped in bacon right now. But this was the path I was set upon, and perhaps through me others might find a balance that makes a difference in their health. I believe in progress, not perfection. When I decided to open a diner, a lot of my friends were surprised I had decided to serve a few meat dishes. My reason was simple: meet people where they are. If someone had made it easy for me to replace cheese sauce, ice cream, and creamy dressing with healthier alternatives, perhaps my heart trouble would have been staved off until my late sixties, rather than my mid thirties. There are tremendous benefits to integrating vegan elements into ones diet, and there is detriment in being righteous, and unrealistic. I decided that for me, this would not be an exclusive club.

Food really is a social experience. I can’t tell you how many times I had to opt out of dinner with friends because the restaurant they chose couldn’t cater to my dietary restrictions. I can’t tell you how many times I spent WAY too much on a salad I’d modified by eliminating the cheese, and the creamy dressing; paying for a pricey plate of lettuce just to sit across from my loved ones and break bread like a normal person. I wanted to create a space where people could eat together, which is how it should be. Whether you’re a carnivore, a vegan, strictly plant-based, gluten free, celiac, or a gluten-free vegan; there is a place for you. May you find a home away from home in our little corner of Stratford.

I hope you enjoy this blog; it is a collection of the tips and tricks I have picked up along the way. It is a place where I explore recipes, journal my perspective, and share my experience.

Take what you like, and leave the rest behind for the cleaners.

We do comfort right!

Our specialty is satisfying comfort food, enhanced by plant-based ingredients.